The original Master of Orion had “Master’s Tips” that would pop up at opportune times to remind you about features you need to use.

Remnants is going to do something similar in order to help new players get up to speed with how the game works. Experienced players will be able to easily ignore them, although there will be a setup option to disable them for those players who’d rather not see them at all.

For example, the screen below shows what you’ll see as soon as you start up the game and get past the introduction: a tip that says, “hey, the first thing you should probably do is send out your scout ships to look for a habitable planet”.While this is common sense for experienced players, a first-time player might spend 5-10 minutes just staring at and navigating around the main screen before figuring out what to do (or not) and then hitting “Next Turn” to make things happen. In other words, basically me every time I fire up Distant Worlds — the most inscrutable 4x I’ve ever played! 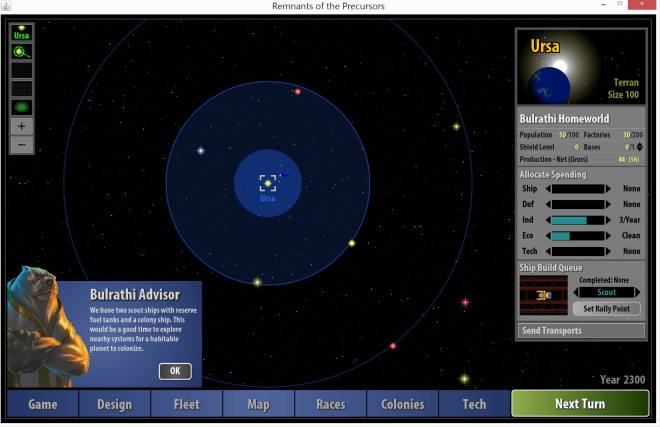 In  an attempt to maintain immersion, all of these “tips” are coming in the form of a suggestiono from an advisor to you, the Emperor. They will give general advice, but will NEVER something gamey like “Click on your fleet and then a destination, then clickDeploy”

Here’s another example of advice you receive right after landing your first colony ship. It’s something every experienced player knows to do, but it might take a new player many games before figuring out this important, but simple, technique: 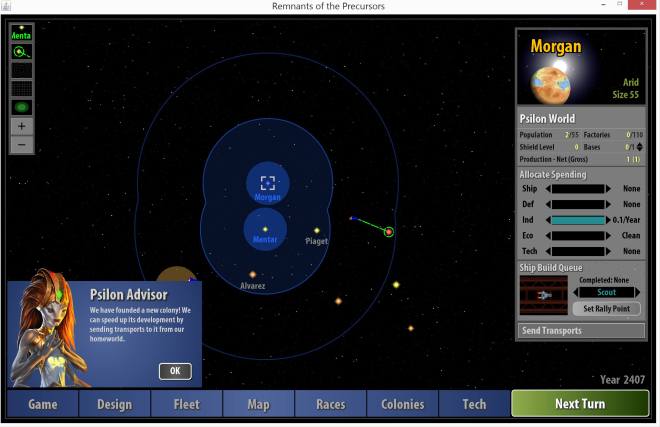 Anyway, this is what the game will be getting in lieu of a tutorial. Tutorials are bad. If your game needs a tutorial, that means it’s either too complicated or that your interface is non-intuitive.  Fix those things first.

Anyway, that’s what I started working on today.

The “State of the Game” post from last week is now linked directly on the front page of the blog. I’ll try to keep that post updated with progress for all of the steps needed to get to the next Alpha.